The last six months have been a bit of a whirlwind. After over a year working at a local mom & pop car rental agency, I was offered a job at a really nice resort in Wailea. I’d had 4 interviews for various positions at that resort over the span of a year, and finally a job opened up that was perfect for my background, in a department that has zero turnover. I was told it was going to be a temporary (as in a year to 18 months), but I was happy to be working for a great company that I was quite familiar with.

The next three months were crazy. I had no on-the-job training, they just put me to work and expected me to figure it out. But I plunged in, head first, and was excited to coordinate with multiple departments orchestrating the billing for the groups that would come on property. I dealt with some pretty intense and high-stress people who expected perfection even when they hadn’t given us correct information. I learned how big an undertaking a resort is, and caught a glimpse of the enormity of how all the individual parts that make up a “resort experience” happen. It was definitely a learning experience. But it was fun and exciting and I hoped I could create a career there. However, a week before my 90 days,  I was unexpectedly called in and let go. It ended up being truly temporary.

So… back on the job hunt. Have I mentioned how much I don’t enjoy it? Well, I don’t mind revising my resume, or creating cover letters. I even don’t mind going to interviews. I’ve done so many so frequently that I think I do relatively okay with them. The really hard part is the waiting. My personal goal is to not have more than 1-1.5 months in between jobs. That way, if I get laid off in November, and get hired in December, it doesn’t look like there is a gap in my employment history.

I kept at the job hunt. I applied at other resorts where I had people who knew people sort of thing (Maui is all about that). I was even called in to interview for a position that opened up that I hadn’t previously applied for – which is always a good thing as it shows they actually took my application seriously, or that I knew people who talked about me positively, or both.

So I’m excited that the job hunt is over, and that I’ll be in a company I’m excited to work for and with. I dislike working for a company just to pay the bills. I want to be passionate about my employer and the positive impact that they are making, their respected reputation that they’ve earned.

And a minor thing, I’ll be starting work by the end of December – so no discernible  gaps in my employment history. 🙂

But at the end of everything, while it was tough, I didn’t let myself get discouraged. I kept plugging away, knowing that the universe has something out there for me, I just need to find it. So don’t give up, persevere! 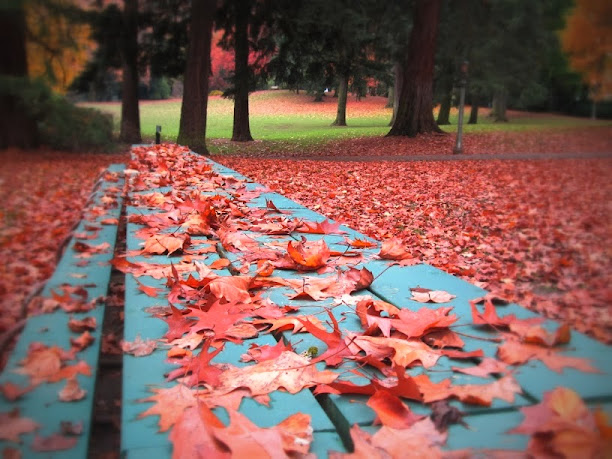 I had grand intentions of writing a blog every day this month, and while I’ve had lots of ideas for blog posts, this week has been one of those weeks. My work has been stressful, my boyfriend’s new job has been frustrating, one of my boyfriend’s children had a major surgery, my house is a mess, and the weather got really frigid cold. Sometimes life just happens.