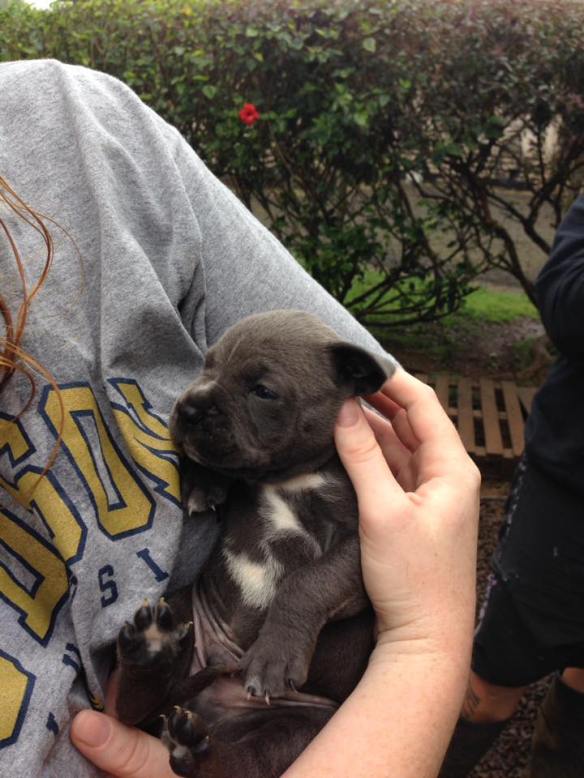 This year has been a journey. I started off the beginning of the year having lived 2 years on Maui and having just accepted a job. It was a company I was excited to have an opportunity to be working for, I remembered wanting to apply while I was still in college but knowing they require a degree for the position I wanted. That job made me realize that I HAVE to be a part of a company that I’m proud of. I don’t like to sell things in general, however believing in a company and the product made selling easy. I also realized that having managers, supervisors, and trainers that were focused on developing their employees is rare and I relished the learning opportunities that presented themselves, even flying to Oahu a few times for training. That job ended up not working well for me, however I have gained new friendships and still am very proud to have worked for them. In fact, I think that if I had been living in a different state and had applied right out of college I might have been able to make it a career… but life is funny like that. I ended my career with them having one of the most sales in the state my last month and was invited to a fancy dinner on Oahu. End it on a high note, right?

Then, I interviewed with a company that I’m sure some people questioned after they found out. Shave ice isn’t glamorous, but I was thinking that there might be a future business ownership possibility. On my interview I was given a full tour of the facilities and I was amazed at the level of detail that goes into a cold treat mainly comprised of ice and syrup. But not all shave ice is created equal and I’m very proud that I worked for them. It was the most strenuous job I’ve ever had, but the employees were hands down the most fun crew I’ve ever worked with. And customers – working in the customer service industry, I think out of the entire summer, I experienced one customer who wasn’t thrilled. Ululani’s has created a sensation where people willingly wait 45+ minutes and are happy to do so. It will always have a special place in my heart.

In the middle of September, Tom and I took a memorable 5-years together anniversary trip. We rented a big house in Sun River for 3 nights with his children, my siblings (except the oldest 2), my mother, and my grandparents. It was a very special bonding time with fun adventures to the nearby water-park and a stunning hike along a river. Good homemade food was made by all and it was a great time for both sides of the family to spend getting to know each other. After that, just Tom and I took our first trip out of the country together and we explored Vancouver in beautiful British Columbia. It was hands down our favorite trip so far. We slept in a high-rise condo, and took public transportation, gorging ourselves on seafood that we can’t get in Hawaii, and doing the typical tourist activities like biking Stanley Park and taking the aqua taxi to Granville Island Public Market. Canadian’s friendliness was definitely shown and we made fast friends while relaxing at the beach. We can’t wait for our next trip to that great city, but we didn’t mind too much going home to Maui.

In the end, moving to Big Island was always the plan. While we love Maui, its beautiful sandy beaches, striking landscape, friendly people – it felt so busy, and just wasn’t a place where we could feel like we could retreat to our home after a long day. Living on a busy street with tourists honking their car horns at all hours of the night, neighbors on either side with thin walls, people high on something wandering the streets yelling profanities… it wasn’t what we were looking for.

Then something amazing happened. A prestigious job position that Tom had desired for many years opened up in his hometown, and he was instantly offered it before it was even posted. I know it was tough for him to leave his position at the Fairmont Kea Lani. Ko Restaurant had been a challenge for him, but as a manager and a person he grew and learned valuable skills in that position because others invested themselves into him. He ended his term with them with a Manager of the Quarter recognition as well as an excellent colleague engagement score, and his restaurant as the top place to eat in Wailea according to Yelp and Trip Advisor.

Tom accepted his new position and I resigned mine and then ensued the crazy moving process and we moved at the end of the month.

I was able to find employment quickly, actually, I was offered the position at the first interview I went to. This job has it’s challenges, but also quite a few perks like a monthly signing bonus and the chance to stay in one-of-a-kind cottage 20 feet from the ocean. I’m more a supervisor than I ever was before and I’m learning how to embrace the issues that come with a smaller privately owned company, and having a few people that I’m managing. I’m hoping to stay at this job at least a while after unfortunately bouncing around on jobs a bit for the last year and a half.

We have been truly blessed to be able to live in an actual house, not apartment, townhome, or condo in Waimea just 3 doors down from Tom’s mom, on almost a quarter acre with multiple fruit trees and a beautiful view of the green upland valley. Our landlady is gracious enough to let us get a puppy, a long-time dream of mine. Until he moved in with me, Tom had always had at least 1 dog, so this felt like the right time.

One of Tom’s coworker’s dog had just given birth to a litter the day before Halloween, and from the time they were 3 weeks old, we were visiting them at least once a week.

December is usually an epic month for us, as it contains both of our birthdays, as well as Xmas, and the busiest time for our jobs. For Tom’s birthday, we were able to stay in the most private of the cottages I run, and have a great dinner on the sand listening to LT Smooth perform Hawaiian tunes. For my birthday, Tom surprised me with riding boots, and a private horse-back ride. At the halfway point of our ridge-line trail, overlooking a dramatic valley with the plunging Hi’ilawe Falls, an almost 1500 foot tall waterfall on one side, and a beach and the Pacific ocean on the other, with green farms in the valley, he dropped to one knee and asked me to marry him. It was the most private, picture perfect planned proposal that beat all my childhood dreams and I said yes!

Half a week later, we brought home our 7.5 week old pit-bull, bull mastiff puppy named Conan. It’s been a delight raising a puppy and learning with him. He brings lots of smiles and laughter at his puppy antics, and peaceful snuggle time when we chill on the couch together talking and watching TV. It feels like he’s been with us for forever, and he’s definitely mama’s boy.

2016 hasn’t been easy, but it’s been fulfilling. I feel like I’ve grown personally and discovered new aspects of myself. I want to continue becoming a better person in 2017 and be more diligent about making goals and accomplishing them. We’re living on Big Island and I want to put down roots and do the homemaking things I learned in my childhood. And I will. With my fiance holding my hand and my dog at my side, nothing is impossible!